Leinster to put the record straight 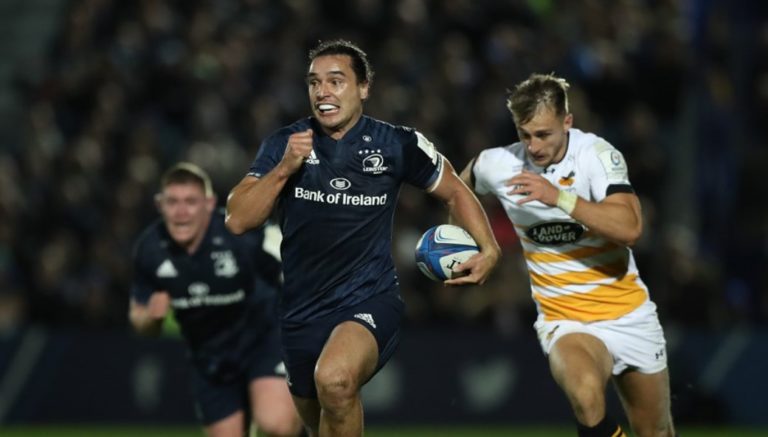 With seven European Cups between them, all eyes will be on Leinster v Toulon in the Round of 16 in the Heineken Champions Dup at the RDS in Dublin.

While some teams can count themselves fortunate to have benefitted from the competition restructure forced about by COVID-19 and got this far, the knockout stages would not be the same without these two serial winners.

Leinster are bidding to become the first five-time winners of the European Cup, whilst Toulon are looking to add to the hat-trick of trophies they won between 2013 and 2015.

It may come as a surprise to some that Toulon have actually won all four previous meetings, the last of them at the Aviva Stadium in December 2015.

Leinster, if anything, have gone from strength to strength since then, with Toulon heading in the opposite direction, albeit they are now starting to re-establish themselves as a serious force.

Leo Cullen’s men delivered a fourth straight PRO14 title in beating Munster last weekend and you’d fancy them to avoid a repeat scenario of last season when they won the domestic honours only to fall to Saracens in the quarter-finals of the Champions Cup in their next fixture.

Johnny Sexton, Tadhg Furlong and Robbie Henshaw all enjoyed good Six Nations and they are back in the fold along with a whole host of other internationals.

Leinster have the star quality and the ruthlessness to see off opponents who are maintaining the somewhat tired old cliche that the French don’t travel well.

Toulon have won just three times on the road in all competitions this season and showed their dislike of playing anywhere other than the Stade Mayol when they turned up at Llanelli in the pool stages and did a swift about-turn. Last week, they were beaten 54-16.

Leinster are averaging nearly five tries a game this season, and whilst their attacking skills did not come out in a low-scoring PRO14 final, we expect them to open up a Toulon side that looks to have a soft centre in the backs and go over 4.5 tries.

Leinster beat Montpellier and Northampton in the first two rounds by 21 and 16 points, respectively, and we expect a similar outcome this time around.

Meanwhile, Rory O’Loughlin will be looking for a big performance at outside centre as Garry Ringrose’s replacement and is 3/1 to be an anytime try-scorer.

Second-from-bottom in the Premiership takes on second-from-top in the Top 14. There should only be one winner, right?

A combination of Europe, an infuriatingly inconsistent Gloucester and French teams doesn’t always add up to a logical conclusion, however.

But when you take a look at the size and the quality that La Rochelle can afford to put on their bench, in giant prop Uini Antonio and fellow Les Bleus international Grégory Alldritt, you’d have to say the men from the Atlantic will be too strong for the hosts.

La Rochelle have picked up wins on the road at Bordeaux and Toulon recently, and ran Racing 92 close in Paris, and are showing signs that they are ready to deliver on their promise after a few years of being stuck with the bridesmaid’s tag.

La Rochelle have never won the Top 14 or a European trophy. It’s about time they changed that, especially with what appears to be a favourable quarter-final draw at home to Scarlets or Sale Sharks in the offing for the winner.

Only Toulouse and Clermont have scored more tries than La Rochelle’s 56 in the Top 14 this season and points should not be in short supply tonight given the attacking threats present on both sides.

Zebre take their name from a  four-legged animal but they have never been a horse to back – until now, it seems.

Bath were 14-point favourites for the game but with the weight of money going on the Italian side, that has now been trimmed to 11 points. We can’t see why.

Yes, Bath they have an inexperienced 10 and 12 in academy products Orlando Bailey and Max Ojomoh but the rest of the side is stacked with proven talent.

The Italians had a pretty decent campaign in the first two rounds of the Challenge Cup before it was re-jigged. They drew 25-all with Bayonne in Round 1 in December and then beat Brive 16-18 in Round 2 a week later at Stade Amedee-Domenech.

But they have never made it through to the quarter-finals of this competition and have a dreadful record against Premiership opposition, winning just three out of 18 meetings.

Also, Bath have won all 10 of their games against Italian sides, by an average margin of 44 points., and questions will be asked if they don’t cover 11 points.

In the other games, we expect former winners Montpellier to see off an out-of-sorts Glasgow side in their first game back in this competition, and by more than the four-point handicap, whilst London Irish look good to continue their decent form of late at home to Cardiff Blues in what could end up being a battle of the boot between Paddy Jackson and Jarrod Evans Bath 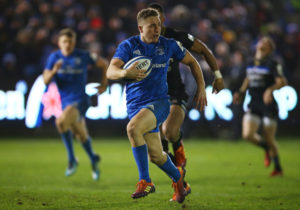 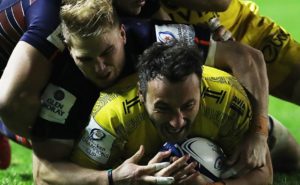